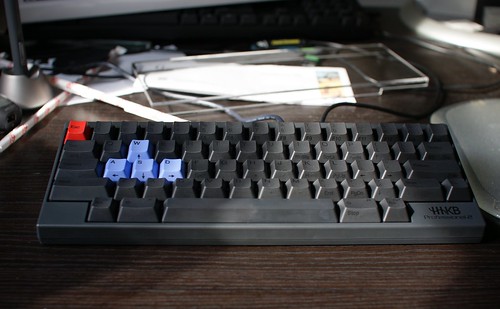 In the increasingly active world of internet hackers, no website or platform is off-limits.  The hacker profile doesn’t seem to be well-defined enough for international authorities to put an end to mischief, and to make matters worse some groups are compelled to hack sites for a wide array of reasons; political protest, profit, and curiously all serve as motives. In the minds of most Americans, the stereo-typical hacker is a young freewheeling tech junkie genius flexing his or her cerebral might. But in reality, the hacker archetype stretch far beyond the edgy punk-kid image. Today’s hacker could be that single loaner doing their dastardly deeds in grandma’s basement, or a well-trained league of government spies in enemy countries shaking loose the cement of the free-world economy. Perhaps it’s a hybrid blend of the two; a mercenary criminal genius syndicate targeting high profile quarry for money.

Let’s look at that scenario for a minute and consider where these thieves go to hunt. It sure isn’t a CIA info. website, or mom and pop wordpress blog (though these do happen–as we mentioned before, there are no sacred cows). However, the nefarious element likely to hack for profit, at least those of the more sophisticated order, are likely to set their high powered scopes on big game. Online safe picking technology has evolved exponentially and the crooks are no longer like early humans who had to take down injured prey, like birds and mice. These troops are going for the ecommerce elephants, and that could be in the form of site, mobile, platform, or storage data device attacks.

One recent alarm went off in China when an unknown group of hackers (yes Chinese hackers hack at home too, if indeed these were Chinese…hackers are like apparitions who can appear and disappear anywhere in the world with a signal from which they can quietly slip in and out. According to this 12/30/2011 China Daily article, the World Wide Web of Deception by An Baijie:

Dangdang.com, one of China’s biggest e-commerce websites, issued a release on Thursday, admitting that some of the company’s data was hacked. The company refuted rumors that more than 12 million users’ information was leaked, saying that the hacked information in question was six months old, and those hacked users will not suffer a loss.

What does this mean for other ecommerce sites and platforms, especially in regards to Yahoo! Can Yahoo! be hacked? Anything is possible (and we would never ever tempt hackers to test their canines on Yahoo!), but speaking in general terms to merchants who are on the Yahoo! platform and those who are considering ecommerce platforms, to our knowledge it hasn’t happened so far. That doesn’t mean it won’t, but the reason merchants go on the Yahoo! platform is because it is safeguarded by competent support, complete with back-up strategies, SSL encryption and CISP compliance. However, many merchants still do business with a large amount of third-parties. It’s always important to examine the security measures each vendor has in place before assuming your system is safe.

Have you ever been hacked while on the Yahoo! Platform? Tell us how it happened and what you did to recover.