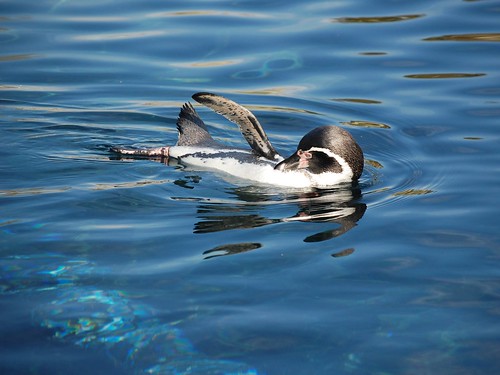 Everyone in the ecommerce world knew when Google’s moon sized Panda update crashed landed into legitimate ecommerce sites all over the planet. It wasn’t intended to atomize etailer SEO like it did–the real target for Google’s updates has always been spam (often favoring big brands)–but the drop in traffic and sales many felt was a reminder to diversify on inbound traffic.

According to this Business Insider article, Google just re-opened the dreaded update monsters’ cage doors again. This time a “Penguin” came waddling out.  It too is black and white like the Panda, but it hasn’t cratered SEO in a blind trajectory like the clumsy bear did. Google’s Penguin update is still after fishy smelling spam, but it is taking it’s time beaking out spammy sardines.

Many etailers worry that Penguin is after over-optimized sites, and is sadistically taking it’s sweet Penguin time to peel away the Page Rankings. But worry not if you are following the rules. We wish we could say the rules are still the old tried and true white hat ones, but they aren’t, at least not to the letter. They’re stricter. Google built a smarter mouse trap for spammers, and spammers in turn became smarter mice.

Here are some general rules on how to stay out of Google’s update maws: Content should be original, relevant to your site, and absolutely wonderful stuff. Anything less should be heaved off deck like rotten onions. Stock up on back links, but focus more on quality ones, and above all, make sure those backlinks are listed on relevant industry sites. Avoid being spammy in any way, and that includes keyword stuffing. It’s generally acceptable to determine what you want your page, blog, etc. to rank for and then use those words in the title and body, but don’t over do it. Several times, within the flow of your copy is enough.

Tell us whether or not the Penguin pooped on your website, and what you’re doing about it.